Cardi B Slaims Racist Post On Her Birkin Bag Collection

Michelle Obama has said that, to many white people, black people ‘don’t exist’ — while citing a story about a time a white woman cut her and her daughters in line when she was incognito.

The 56-year-old uploaded episode five of ‘The Michelle Obama Podcast’ on Spotify on August 26, and while chatting with her friends Kelly Dibble, Denielle Pemberton-Heard, and Dr. Sharon Malone, she highlighted a troubling reality for black people in America.

‘What the white community doesn’t understand about being a person of color in this nation is that there are daily slights, in our workplaces where people talk over you, or people don’t even see you,’ she said. 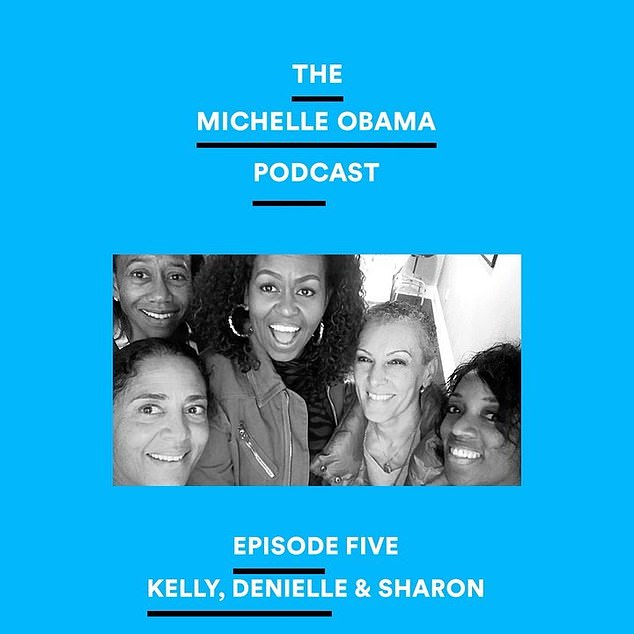 New ep: Michelle Obama spoke with with her friends Kelly Dibble, Denielle Pemberton-Heard, and Dr. Sharon Malone in the new episode her podcast 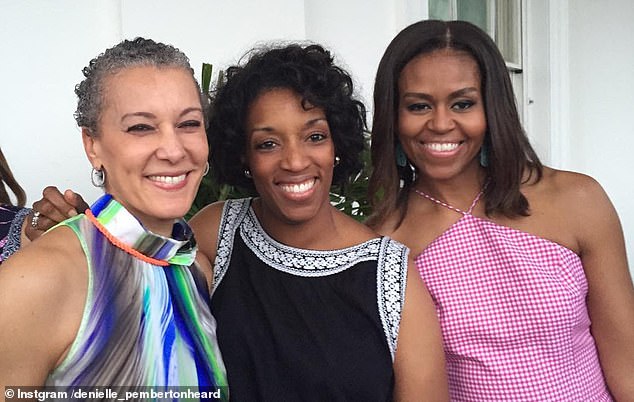 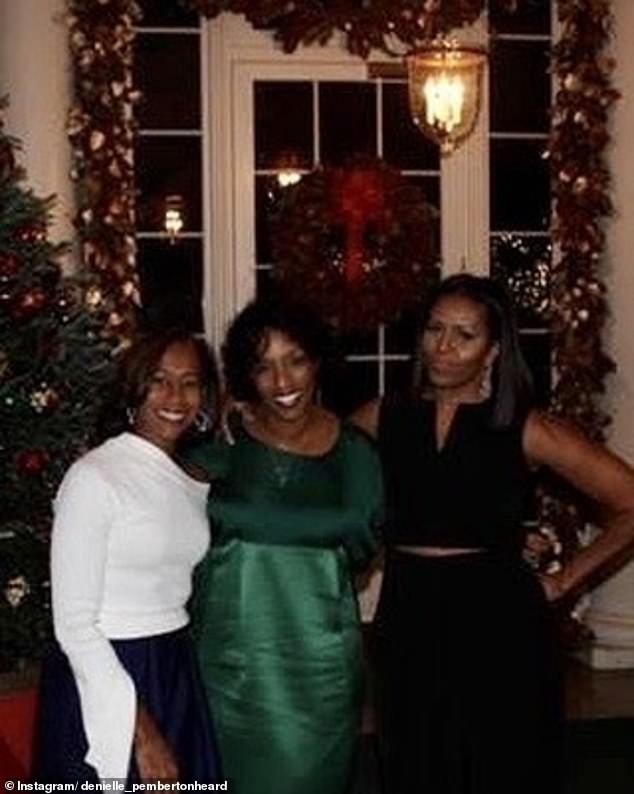 Life: Obama (with Dibble, left, and Pemberton-Heard, center) said: ‘What the white community doesn’t understand about being a person of color in this nation is that there are daily slights’

She provided several examples of those daily slights, showing that even the First Lady has been dismissed and ignored — while living in Washington, D.C. in the White House.

She recalled how several years ago, she, her daughters Sasha and Malia, and her podcast guest Pemberton-Heard went out for ice cream together once after a soccer game while Obama was still President — and a white woman cut right in front of them in line.

‘We were stopping to get ice cream, and I had told the Secret Service to stand back because we were trying to be normal, trying to go in. It was Häagen-Dazs, wasn’t it?’

‘There was a line, and… when I’m just a black woman, I notice that white people don’t even see me. They’re not even looking at me.

‘So I’m standing there with two little black girls, another black female adult, they’re in soccer uniforms. And a white woman cuts right in front of us to order. Like, she didn’t even see us.

‘And the girl behind the counter almost took her order. And I had to stand up, because I know [Pemberton-Heard] was like, “Well, I’m not gonna cause a scene with Michelle Obama.” 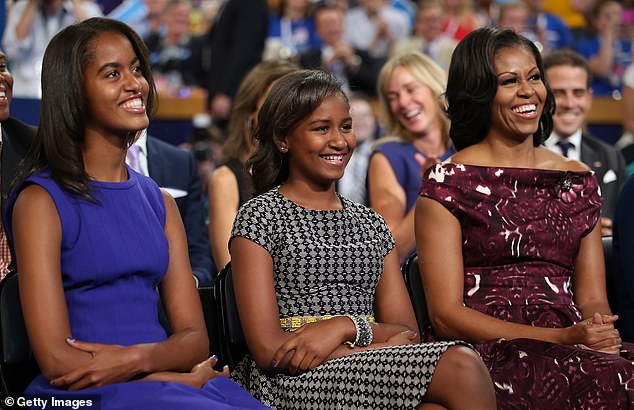 Remember: She recalled a time she went out for ice cream with her daughters and was dressed incognito — and a woman cut them at an ice cream shop and didn’t apologize 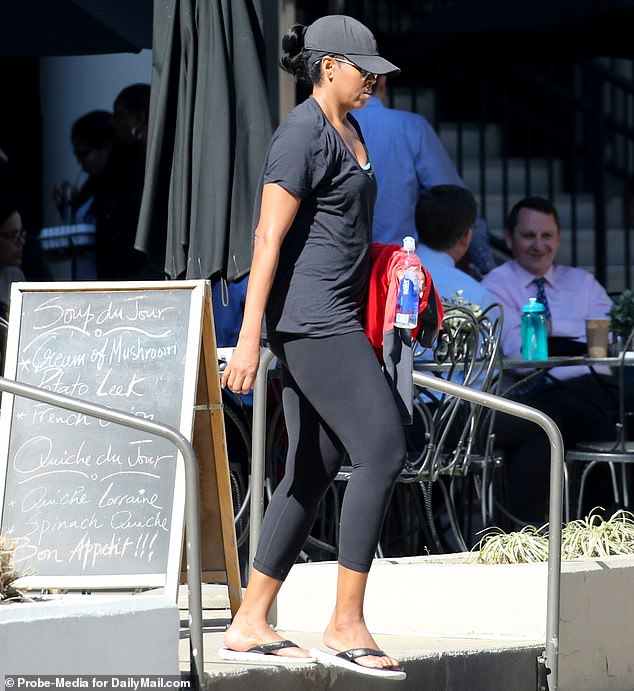 Blending in: Obama (pictured at Soul Cycle in 2017) said that several times as First Lady, she’d take the dog for a walk and people would stop to pet the dog — but wouldn’t acknowledge her 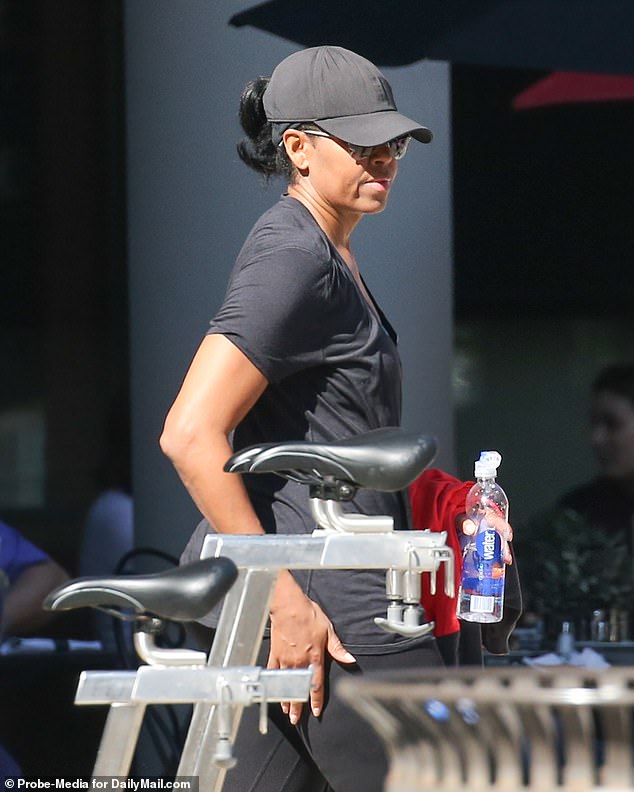 ‘When I’m just a black woman, I notice that white people don’t even see me. They’re not even looking at me,’ she said

‘So I stepped up and I said, “Excuse me?” I was like, “You don’t see us four people standing right here, you just jumped in line?”

The woman who cut didn’t even apologized, and ‘never looked me in my eye.’

‘She didn’t know it was me. All she saw was a black person, or a group of black people, or maybe she didn’t even see that, because we were that invisible,’ she said.

‘I can tell you a number of stories like that, when I’ve been completely incognito, during the eight years in the White House, walking the dogs on the canal, people will come up and pet my dogs, but will not look me in the eye,’ she said.

‘What white folks don’t understand is, like, that is so telling of how white America views people who are not like them. You know, we don’t exist. And when we do exist, we exist as a threat. And that — that’s exhausting.

The women also discussed ‘the murder of a black man in public’ — George Floyd — and their feelings about racism. 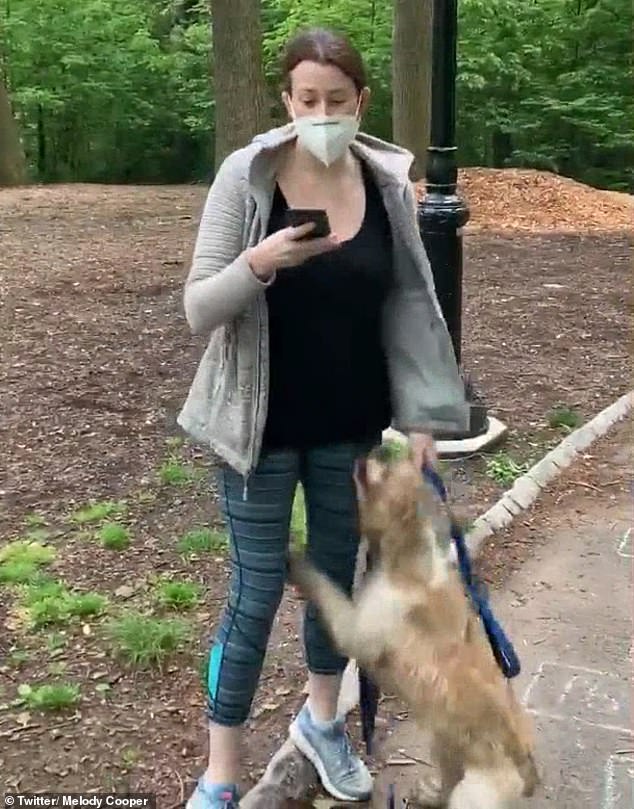 Familiar: The women also discussed the Central Park birdwatching incident, with Obama saying it ‘infuriated all of us when we watched it’ but ‘was not unfamiliar’

‘We talk about racism all the time. There’s a level of pain, frustration, just fatigue with being black in America,’ Obama said.

When one of her friends says that she finds that ‘people don’t believe’ black people when they talk about the threats they face — and accuse them of ‘being overly sensitive’ — Obama chimed in: ‘You mean white people. Our white friends, our white colleagues. People who don’t experience this in their lives.’

The conversation also turned to the Central Park birdwatching incident on May 25, in which a white woman named Amy Cooper called the police and claimed that a black man — Christian Cooper — was ‘threatening her life’ even as he stood several feet away filming and asked her to leash her dog in accordance with park rules.

‘That incident in Central Park, which infuriated all of us when we watched it, it was not unfamiliar,’ Obama said.

The women also discussed lighter subjects, including how they met, ski trips, and ‘having a crew that you can go to and say whatever is on your mind and not be judged for it.’

Read More: Michelle Obama says she was cut in line when she was First Lady

How to buy a gaming laptop

Cardi B Slaims Racist Post On Her Birkin Bag Collection

Nicole Kidman says Keith Urban, kids brought her ‘back to reality’ after

Blake Lively Took A Dig At The Gossip Girl Ending

Why Betty White Loves Animals So Much

How NYC Came Back from a Pandemic A Century Ago, And Can Do The Same With COVID