A delegation from the Czech Republic led by the Senate speaker and including businesspeople arrived in Taiwan on Sunday for a six-day official visit to the island, despite China’s protest against official contact with the self-governed island.

Senate President Milos Vystrcil will be the highest-level Czech politician to visit Taiwan to date, and follows a high-ranking U.S. official’s trip earlier this month that angered China. 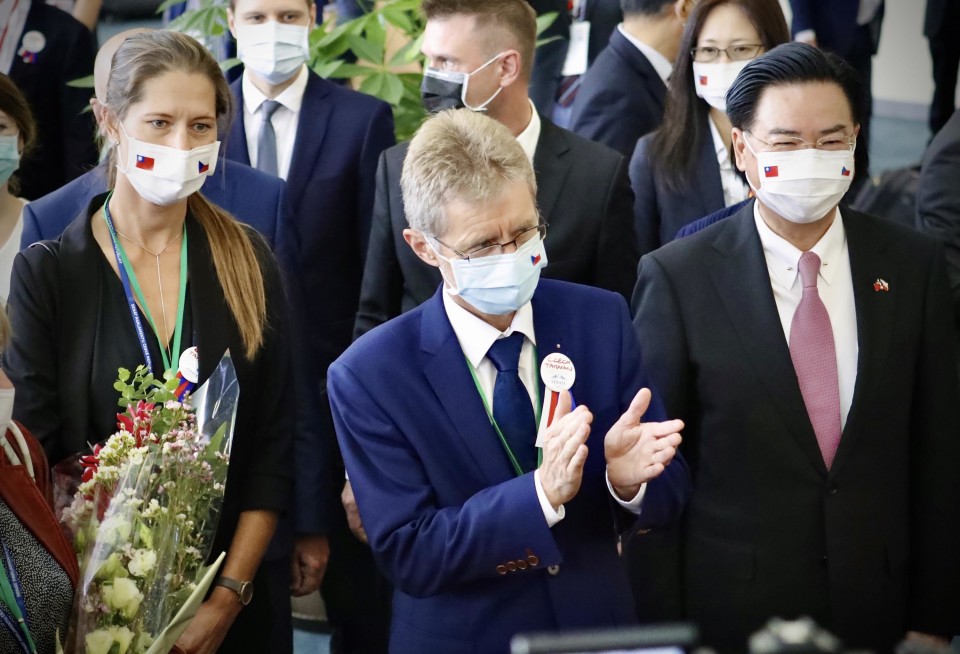 Taiwan and the Czech Republic have no formal diplomatic relations. China regards the island as a renegade province to be brought under its control, by force if necessary, and opposes official contact between Taiwan and countries with whom Beijing has diplomatic ties.

The visit by the head of the Czech Senate, who is the second-highest constitutional official after the president of the republic, came at the invitation of Legislative Speaker You Si-kun. Vystrcil is also set to meet President Tsai Ing-wen.

The roughly 90-member delegation arrived at Taoyuan International Airport in northern Taiwan and was welcomed by Taiwan’s Foreign Minister Joseph Wu. They will stay until Sept. 4.

According to the island’s Central News Agency, Vystrcil said before leaving Prague that the Taiwan trip is “to show support for democracy, and to bring economic benefits for Czech companies.”

Hrib is a strong supporter of Taiwan who scrapped Prague’s sister-city agreement with Beijing last October over Chinese pressure to recognize the “one China” policy.

Beijing had protested the trip made earlier this month by U.S. Health and Human Services Secretary Alex Azar. He was the highest-level U.S. Cabinet official to visit since Washington switched diplomatic recognition from Taipei to Beijing in 1979.

Executive orders: Biden to sign orders that include moves toward $15 minimum

Denis McDonough: What to know about Biden’s VA secretary pick