2020 election: Trump lashes out wildly as he seeks an… 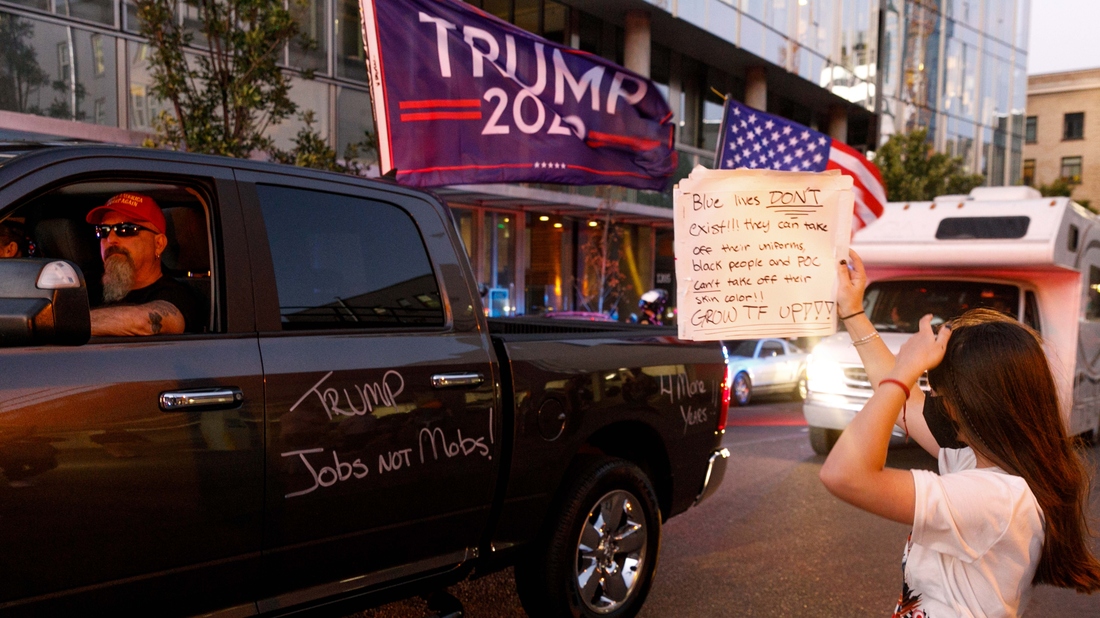 President Trump has threatened to intervene in what he called a “mess” in Portland, Ore., after clashes between Trump supporters and Black Lives Matter demonstrators left one man dead over the weekend. 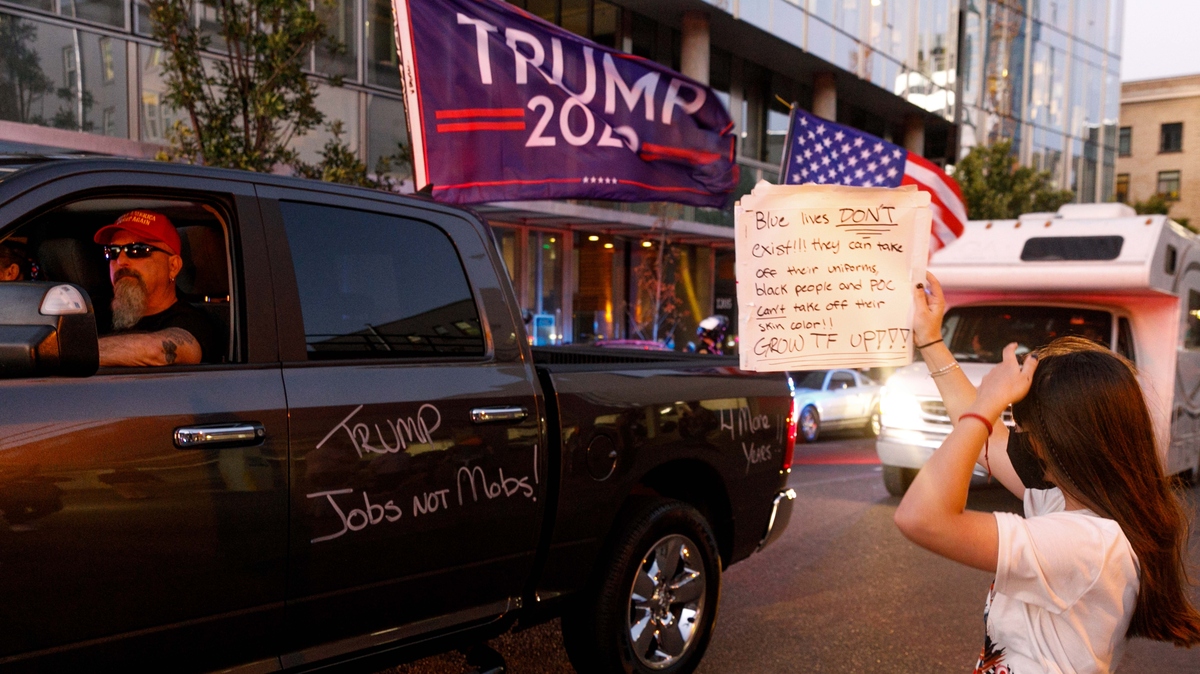 President Trump has threatened to intervene in what he called a “mess” in Portland, Ore., after clashes between Trump supporters and Black Lives Matter demonstrators left one man dead over the weekend.

After violence Saturday night in Portland, Ore., left a man dead, President Trump responded by threatening to take unspecified action in the city.

In one of several tweets Monday morning, Trump said, “Portland is a mess, and it has been for many years. If this joke of a mayor doesn’t clean it up, we will go in and do it for them!”

Portland is a mess, and it has been for many years. If this joke of a mayor doesn’t clean it up, we will go in and do it for them!

The tweet came after clashes between Trump supporters, who entered the city in a caravan of hundreds of trucks, and Black Lives Matter demonstrators. Police have not released information about the victim or any suspects as of Monday morning.

Trump on Sunday tweeted his support for the pro-Trump activists, calling them “GREAT PATRIOTS.”

Portland Mayor Ted Wheeler, a Democrat, on Sunday blamed Trump for the violence. “Do you seriously wonder, Mr. President,” he asked, “why this is the first time in decades that America has seen this level of violence? It’s you who have created the hate and the division.”

Trump has been using violence in Portland; Kenosha, Wis.; and elsewhere as a campaign issue, calling for law and order, and falsely accusing Democratic opponent Joe Biden of failing to condemn the actions.

In a statement Sunday, Biden said that “Donald Trump has been president for almost four years. The temperature in the country is higher, tensions run stronger, divisions run deeper.”

“I condemn violence of every kind by anyone, whether on the left or the right,” he said, and called on Trump to do the same.

Biden is speaking more about violence and safety from Pittsburgh on Monday afternoon.

In an excerpt from his speech released to reporters, he will say that Trump “may believe mouthing the words ‘law and order’ makes him strong, but his failure to call on his own supporters to stop acting as an armed militia in this country shows you how weak he is.”

On Tuesday, Trump plans to visit Kenosha, where a Jacob Blake, a Black man, was seriously wounded by police last week. In a subsequent protest, two demonstrators were shot and killed and a third wounded; a 17-year-old has been charged with homicide.

Asked whether the president would condemn the actions of the teen suspect, White House press secretary Kayleigh McEnany declined to weigh in at a press briefing Monday.

Wisconsin Gov. Tony Evers has urged Trump not to come to Kenosha, saying, “I am concerned your presence will only hinder our healing.”

In a statement, Sen. Ron Johnson, R-Wis., pushed back on Evers.

“It is a sad state of affairs when Governor Evers asks the president of the United States to stay out of Wisconsin,” he said. “Throughout this rolling tragedy, I’ve pleaded for calm but also for political leadership that provides the resolve and manpower to end the rioting and allow the safe reopening of downtown Kenosha.”

Johnson said he will welcome Trump on Tuesday.

Coronavirus in California: The State’s Plan for Reopening

Sen. Rick Scott: Biden vs. Trump and false narrative of an America cloaked in

2020 election: Trump lashes out wildly as he seeks an election comeback

Are Michigan Democrats in Trouble in Their Senate Race?