How many people has the coronavirus killed?


At the beginning of March, Andrew Noymer felt a familiar twinge of doubt. He was watching countries across Europe and North America begin to record their first deaths from COVID-19, and he knew there could be problems with the data. Even in a normal winter, some deaths caused by influenza get misclassified as pneumonia. If that can happen with a well-known disease, there were bound to be deaths from COVID-19 going unreported, thought Noymer, a demographer at the University of California, Irvine. “I just remember thinking, ‘this is going to be really difficult to explain to people’,” he recalls.

And in March and April, when national statistics offices began to release tallies of the number of deaths, it confirmed his suspicions: the pandemic was killing a lot more people than the COVID-19 figures alone would suggest.

In times of upheaval — wars, natural disasters, outbreaks of disease — researchers need to tally deaths rapidly, and usually turn to a blunt but reliable metric: excess mortality. It’s a comparison of expected deaths with ones that actually happened, and, to many scientists, it’s the most robust way to gauge the impact of the pandemic. It can help epidemiologists to draw comparisons between countries, and, because it can be calculated quickly, it can identify COVID-19 hotspots that would otherwise have gone undetected. According to data from more than 30 countries for which estimates of excess deaths are available (see ‘Terrible toll’), there were nearly 600,000 more deaths than would normally be predicted in these nations for the period between the onset of the pandemic and the end of July (413,041 of those were officially attributed to COVID-19).

But this high-level metric has several flaws. It cannot distinguish between those who are dying of the disease and those who succumb to other factors related to the pandemic, such as disruptions to regular health care, which can delay treatments or mean that people do not seek medical care. It relies on accurate, timely reporting of deaths, which can be limited owing to underdeveloped death-registration systems, or might even be intentionally suppressed. And as with so many other aspects of the pandemic, the statistic has become politicized — a way for countries to claim superiority over one another.

Experts worry that simple reports of excess deaths have led to premature or faulty comparisons of countries’ pandemic responses, and have largely ignored the situation in low- and middle-income countries owing to a lack of data. 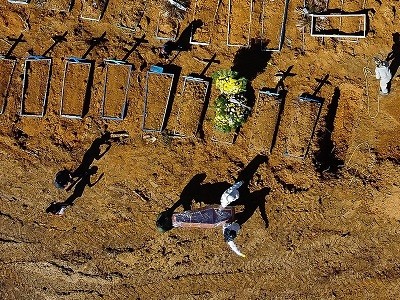 There are more sophisticated ways to categorize mortality to find out how many people were killed as a direct result of infection with SARS-CoV-2, and how many deaths happened because of other factors associated with the pandemic. Eventually, demographers and public-health researchers will have enough granular information from death certificates to do this. They will then be able to assess which interventions worked best, to inform future pandemic responses.

Several media outlets are already crunching the data and drawing such conclusions. Some statisticians argue that, as the first wave of the pandemic recedes in many places, comparisons can — and should — be made between government policies to see how they might have affected mortality. But many experts say that it’s still too early in the pandemic to do this with rigour. The process can be skewed by the random way that some early outbreaks spread and others fizzle out, making analysis complicated until the pandemic has run its course, says Jennifer Dowd, a demographer and epidemiologist at the University of Oxford, UK. “It’s going to be a very long road.”

When deaths began creeping up in Europe, Lasse Vestergaard was one of the first to notice. Vestergaard, an epidemiologist at the Statens Serum Institut in Copenhagen, leads the European Mortality Monitoring Project (EuroMOMO), which aggregates weekly all-cause death data from 24 European countries or regions. Between March and April, EuroMOMO’s tracker showed tens of thousands more deaths than expected — about 25% higher than the official COVID-19 deaths figure. Infections were slipping under the radar because of a lack of testing, and because different countries counted deaths in different ways — excluding deaths occurring in care homes, for instance. It was nearly impossible to get a true sense of how countries were faring.

So researchers, journalists and politicians turned to calculations of excess deaths. Rather than getting bogged down by cause, the metric compares all deaths in a given week or month with the deaths that statisticians predict would have happened in the…

U.S. Coronavirus Cases Are Falling, but Variants Could Erase…

Read More: How many people has the coronavirus killed?

Bali is the hardest hit economy in Indonesia: Jokowi

U.S. Coronavirus Cases Are Falling, but Variants Could Erase Progress

As Trump Leaves U.S. Without Vaccination Plan, States Cancel Appointments Due to