Kyle Richards has launched a desperate hunt for a stolen family heirloom after she spotted the ring being worn by a psychic in a photo that was posted on Instagram by actress Diane Keaton.

The 51-year-old reality star unraveled the complicated tale in a new episode of the Real Housewives of Beverly Hills, recalling her shock at seeing the beloved ring, which had belonged to her late mother, on a psychic’s finger, three years after it was taken from her Encino home as part of a $1 million heist.

Richards lost dozens of sentimental family pieces in the robbery, and while police were investigating the crime, none of them had been found – until July 2019 when the reality star saw her mom Kathleen’s ring in an image shared by Oscar-winner Keaton, who happened to capture it while snapping a photo of a psychic she saw in Santa Monica. 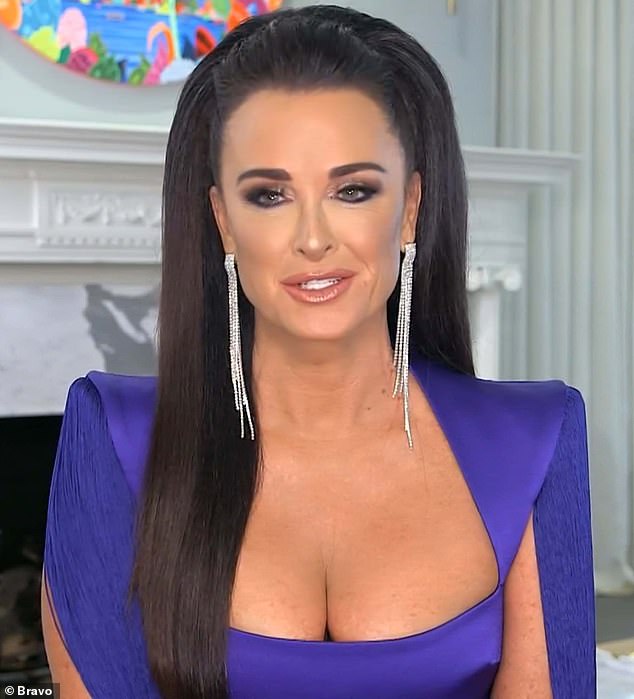 Treasure hunt: Kyle Richards has recalled her shock at spotting her stolen ring being worn by a Santa Monica psychic in an Instagram image shared by Diane Keaton 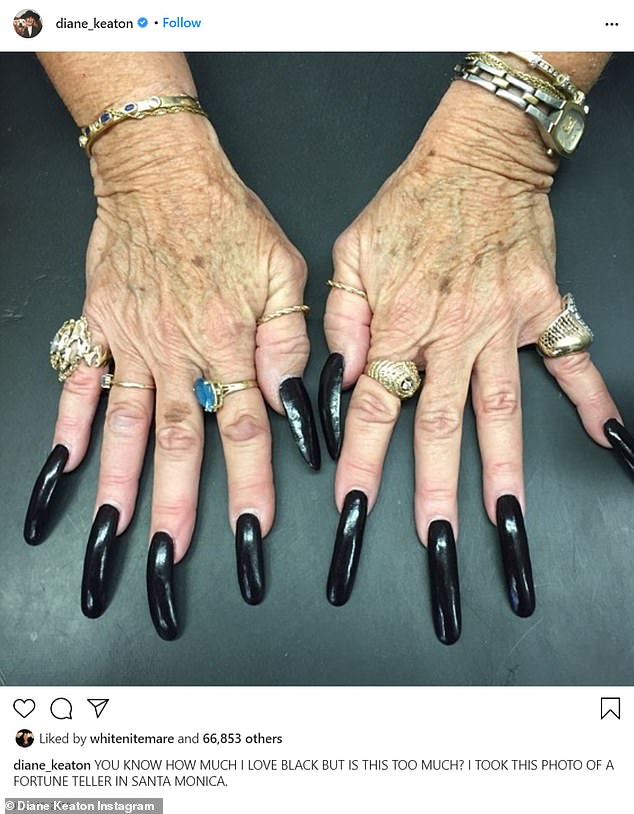 Confusion: Keaton shared the image in July 2019, having snapped it because she liked the fortune teller’s nails, and Richards, 51, was stunned to see her mother’s ring in it

Unfortunately, the identity of the psychic is not known – nor is it clear how the fortune teller came to own Richards’ ring.

‘I was looking on Instagram and I saw Diane Keaton – she posted a picture of a psychic’s hands on the Third Street Promenade and [she] had my ring on her hand,’ Richards explained in a new Real Housewives Secrets Revealed special, according to TooFab. 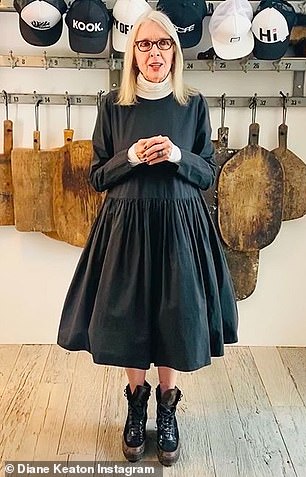 Helping hand: The RHOBH star reached out to Keaton through her husband’s real estate agency, however the actress was unable to offer any information about the fortune teller’s identity

The image in question was posted to Keaton’s Instagram account on July 13 last year and shows the unnamed woman’s hands which are covered in different gold rings; she is also seen wearing a number of gold and silver bracelets while modeling very long rounded black nails.

Richards has not yet confirmed which of the seven rings in the image belonged to her mother.

Desperate to try and find the psychic in question, the Bravo-lebrity reached out to Keaton through husband Mauricio Umansky’s real estate company, The Agency.

‘We reached out to one of our agents at The Agency who happens to represent Diane Keaton, and I said, “You need to find out what the situation is.”‘

The agent in question spoke to Keaton, however she was unable to offer any more information.

According to Richards, Keaton explained to the agent that she didn’t have any specific details about the fortune teller – revealing that she had only stopped to take the picture of the unnamed woman’s hands because she thought her long black nails were ‘so interesting’.

But while Keaton was unable to offer any specific information about the psychic – other than her location – Richards was determined not to let the lead go to waste, and she quickly enlisted a private investigator to try and track down the fortune teller. 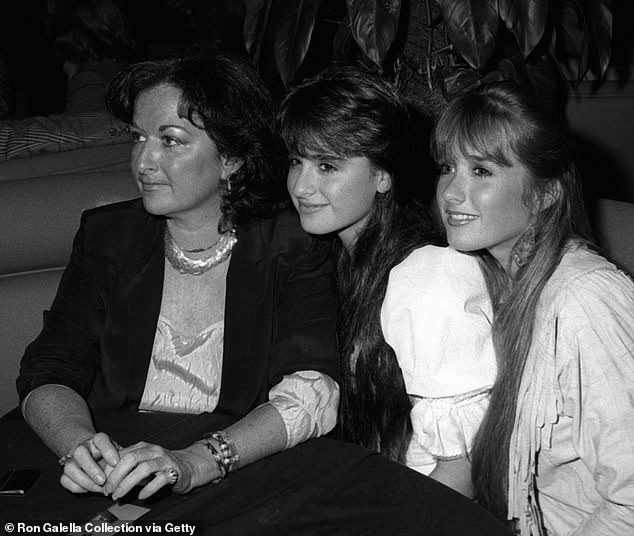 Important: The ring in question belonged to Richards’ mother, Kathleen, and was one of many heirlooms stolen in the $1 million heist. Richards is seen with her mom and sister Kim in 1983 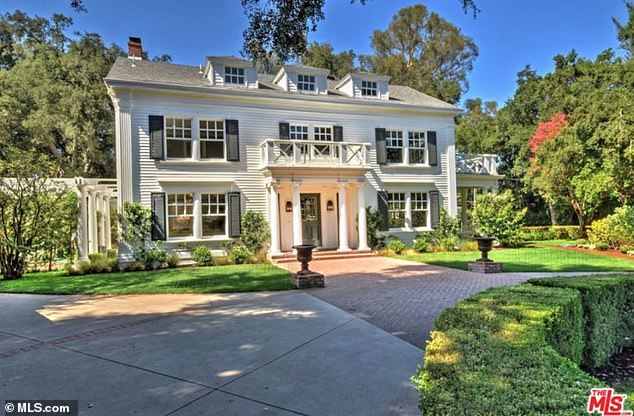 Crime scene: The ring was stolen from the stunning Encino home that Richards shares with her husband Mauricio Umansky (pictured), which was burglarized while they were in Aspen 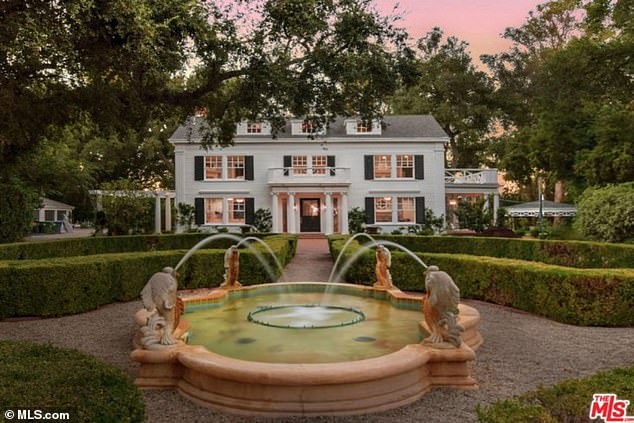 Family: Richards and Umansky bought the property for $8.2 million just months before the robbery, and the RHOBH star admitted that she was tempted to move after it happened

When the private investigator failed to find the woman, Richards took matters into her own hands and teamed up with her RHOBH co-star and close friend Teddi Mellencamp to try and locate her.

Their efforts proved fruitless however, with Mellencamp explaining in the RHOBH special: ‘We thought we were hot on the trail but then we realized we were just being sent in circles.’

At that point, Richards had to give up the search in order to focus on filming for the latest season of the hit Bravo show, however she explained in the new episode that she is determined to resume the hunt and track down her stolen heirloom.

‘I want to know if she bought that from someone at a pawn shop, even if I have to buy it back from her, I’m happy to do that,’ she said.

Richards’ reignited search for her mother’s stolen ring comes three years after the bauble was first stolen from the reality star’s home along with dozens of other valuables and sentimental items worth a staggering $1 million.

The mother-of-four and her realtor husband were holidaying in Aspen when thieves broke into her Encino home, which the couple had purchased for $8.2 million just a few months prior. 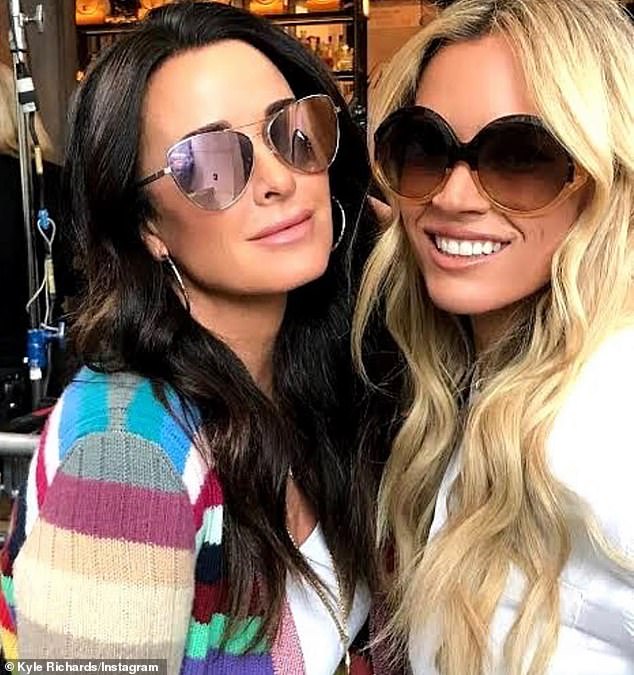 Buddies: After a failed attempt to locate the fortune-teller with a private investigator, Richards teamed up with her RHOBH co-star Teddi Mellencamp (right) to…

Lizzo discusses ‘commercialized’ body positivity movement: ‘We have to make

Candace Cameron Bure Responds to Fans “Disappointed” by Who She Follows…

Gigi Hadid Shares The Name Of Her Baby With Zayn Malik

Update: Lights Back On For Over 3,500 PG&E Customers In Tuolumne County

State of play: Impeachment trial date will give more time to confirm Biden

Thanks To Loophole, NYC Public School Students Have Unrestricted Access To